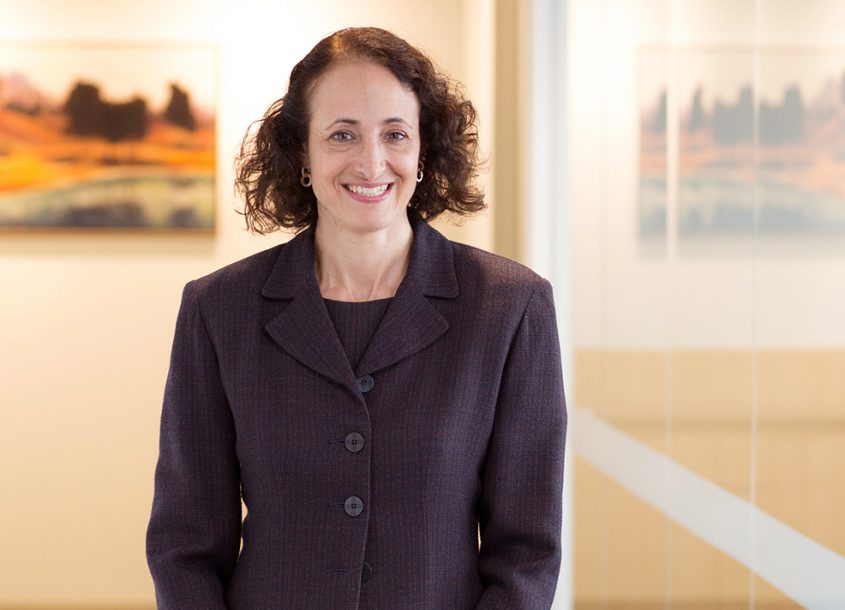 The primary focus of Ms. Gold’s practice initially was commercial litigation, with an emphasis in entertainment and intellectual property. More recently, in addition to her litigation practice, she has focused more on transactional matters, including negotiation, documentation and advice regarding entertainment and intellectual property transactions.

Ms. Gold is often consulted for advice and counseling regarding intellectual property and entertainment matters, including the maintenance and protection of copyright, trademark, trade dress and other intellectual property rights, as well as assisting with the selection of trademarks and prosecuting trademark applications. Her transactional work has included deals involving, among other things, copyright and trademark issues, such as, for example, the negotiating, drafting and/or documentation of copyright and trademark licenses, music licenses involving publishing rights (i.e., mechanical, synchronization and public performance), master recording rights, and similar issues, and the negotiation, drafting and/or documentation of talent agreements and literary purchase and option agreements, as well as other agreements relating to the production and distribution of theatrical and other motion pictures and of television productions, and relating to the exploitation of intellectual property rights.

Additionally, Ms. Gold advises clients regarding Internet, website and domain name issues, including drafting of and advice regarding a website’s terms and conditions of use, privacy policies and intellectual property policies.

Her litigation representations have included work on several trials, including patent infringement cases, idea submission cases, wrongful termination cases, contract disputes, and others. Over the years, she has worked on numerous cases involving copyright and trademark claims, including several cases involving claims of music infringement, a case involving copyright and trademark infringement of certain merchandise relating to a film that was based on a book where the film agreement did not have a “future technologies” clause, a case involving rights to a composer’s library under U.S. law, British law and the Berne Convention, a case involving the lack of attribution of a featured singer in a hit song and music video, a matter involving .the heirs of an opera composer in a dispute over the rights granted by the authors of certain source works to the composer to create, perform and exploit the opera as a derivative work, and a number of trademark infringement claims.

Ms. Gold also worked closely with a former partner of this firm, the late Ronald Rosen, in the writing of his book Music and Copyright. She contributed to and edited the first edition of that book, and is working on the second edition to which she will be added as a co-author.

Before joining TroyGould, Ms. Gold was an associate with Skadden, Arps, Slate, Meagher & Flom, LLP in Chicago, and an associate with Irell & Manella, LLP in Los Angeles. She also was a Lecturer in Law at the UCLA School of Law for two years, and an Instructor at DePaul University College of Law for one semester.