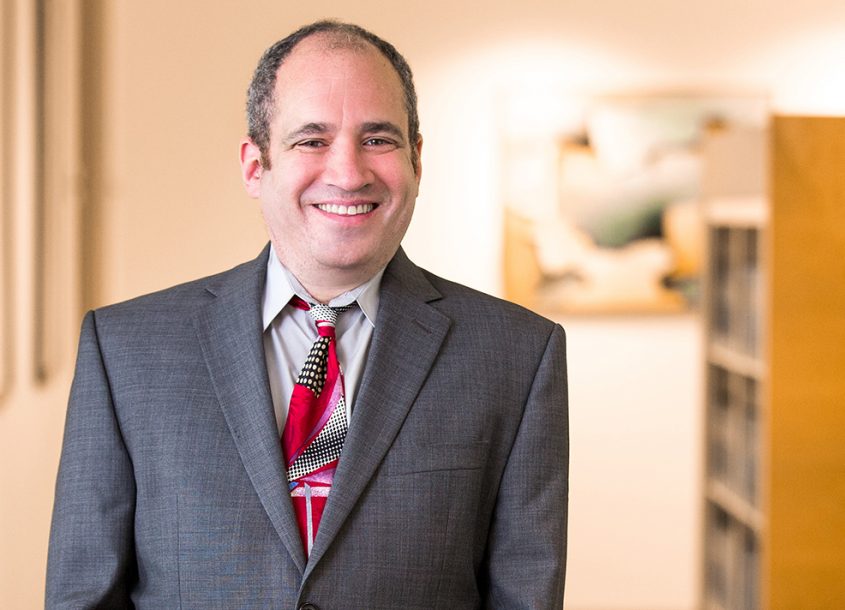 Jonathan Handel practices in the areas of entertainment, new media, technology, and intellectual property transactions and represents a variety of individuals and companies. He brings to his practice a broad range of experience in the entertainment and technology industries, and also covered entertainment law and labor as a Contributing Editor for The Hollywood Reporter from 2010-2020.

Mr. Handel's writing has also been published in/on the Los Angeles Times, Variety, Los Angeles Business Journal, Daily Journal, Huffington Post, Forbes.com and IMDb.com, and he has appeared as a commentator in the international, national and local media over 1,100 times. He also writes short stories, poetry and plays.

Mr. Handel is rated AV® Preeminent™ 5.0 out of 5 by Martindale-Hubbell . In 2008, The Daily Journal named him one of the Top 100 Lawyers in California and in 2013, AlwaysOn listed him as a Power Player in Technology Business Media.

Prior to law school, Mr. Handel worked in the computer industry in research, programming and market support functions in areas including the Internet/ARPAnet, artificial intelligence and graphic user interface.

Prior to law school, Mr. Handel drafted to Cambridge (Mass.) Human Rights Ordinance, a local civil rights law, and successfully lobbied for its passage. He was involved in local politics and community affairs in Cambridge and subsequently West Hollywood for over a decade, was twice elected on the public ballot to four-years terms on the Cambridge Democratic City Committee, and served as a delegate to the Massachusetts and California state Democratic conventions eleven times.

Willis v. City of Los Angeles, LA Superior Court Case No. BC388076 (jury trial) (March 2009) – engaged by City of Los Angeles as a consulting and testifying expert on damages regarding an actor’s alleged lost wages (plaintiff dismissed case after I was named but prior to my testifying).

Talent agreements (on talent side and producer side), including some past experience with A-list talent.

Review of chain of title documents.

Sponsorship agreements for a physical venue (a hospitality space at the Sundance Film Festival, financed by sponsors).

Guild issues – write about all guild issues for The Hollywood Reporter; particular expertise in above the line issues, especially residuals and new media.

LLC agreements – primarily have written the operational and control sections for entertainment or tech LLCs.

PPMs – have written or revised the business description and risk factors sections for tech companies.

Miscellaneous agreements – have written a variety of hard to categorize agreements relating to entertainment, tech or IP.

Outside general counsel – have been de facto outside GC for two clients, each of approx. 10 year duration.

Litigation counseling – have served as counselor, interpreter and contact point between client and litigators in several matters.

Popular Articles and Op-Ed Pieces re Entertainment and Technology